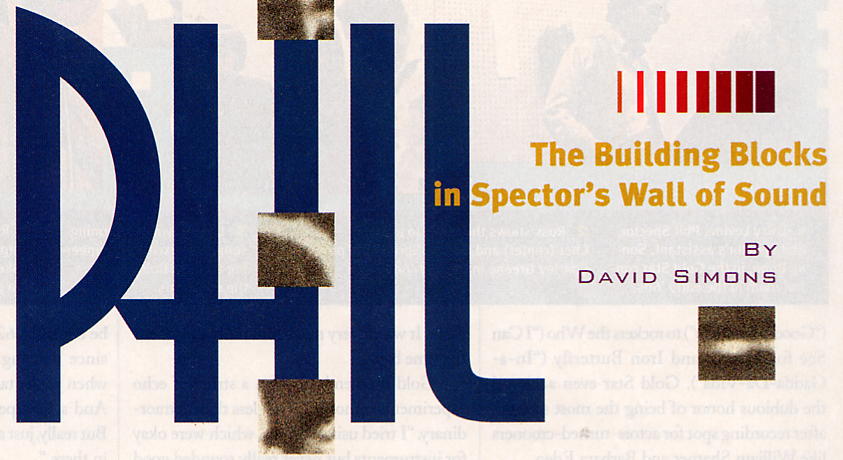 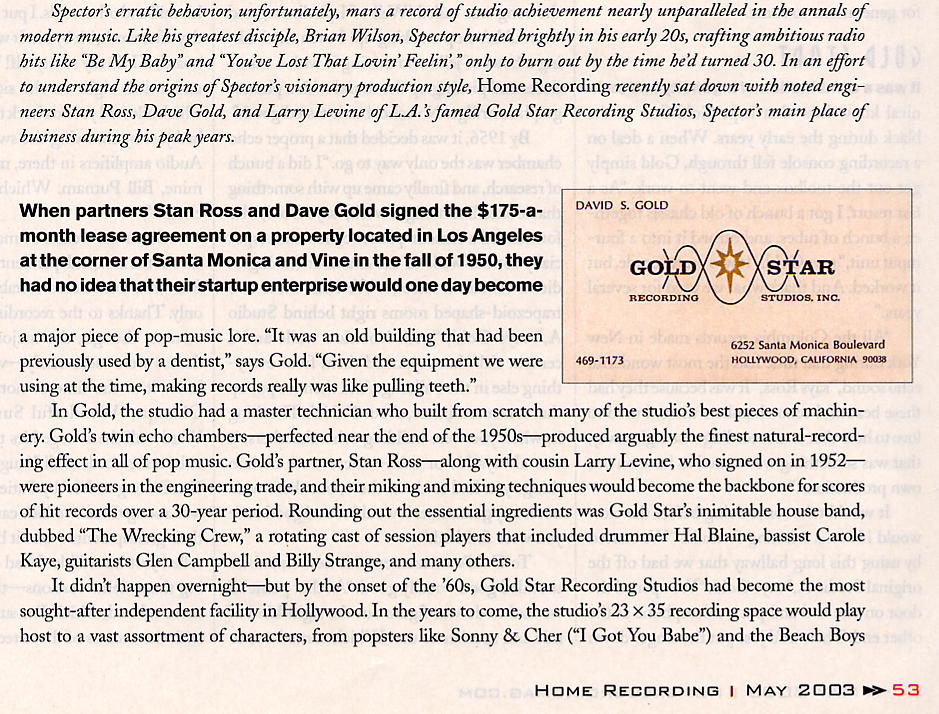 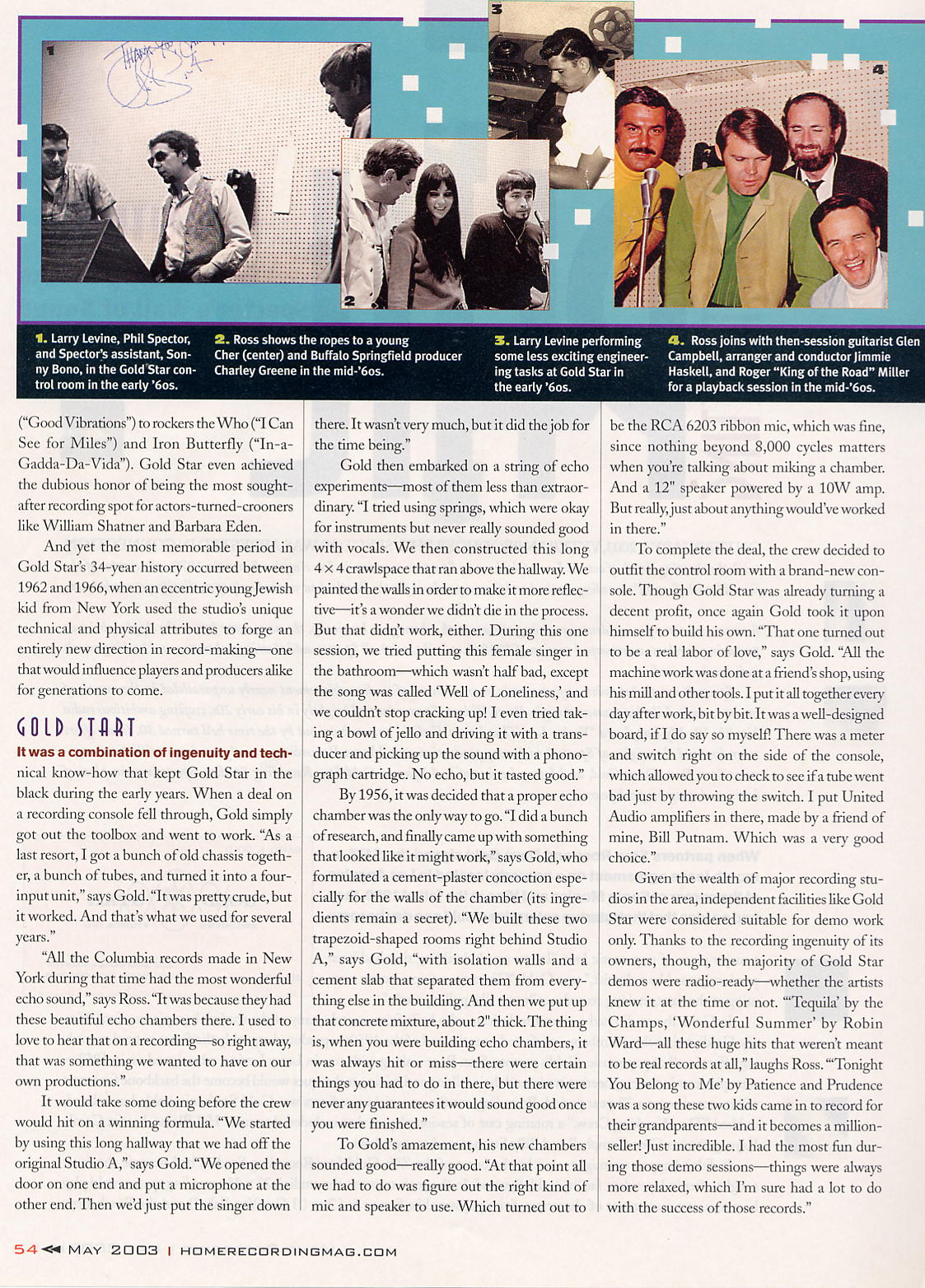 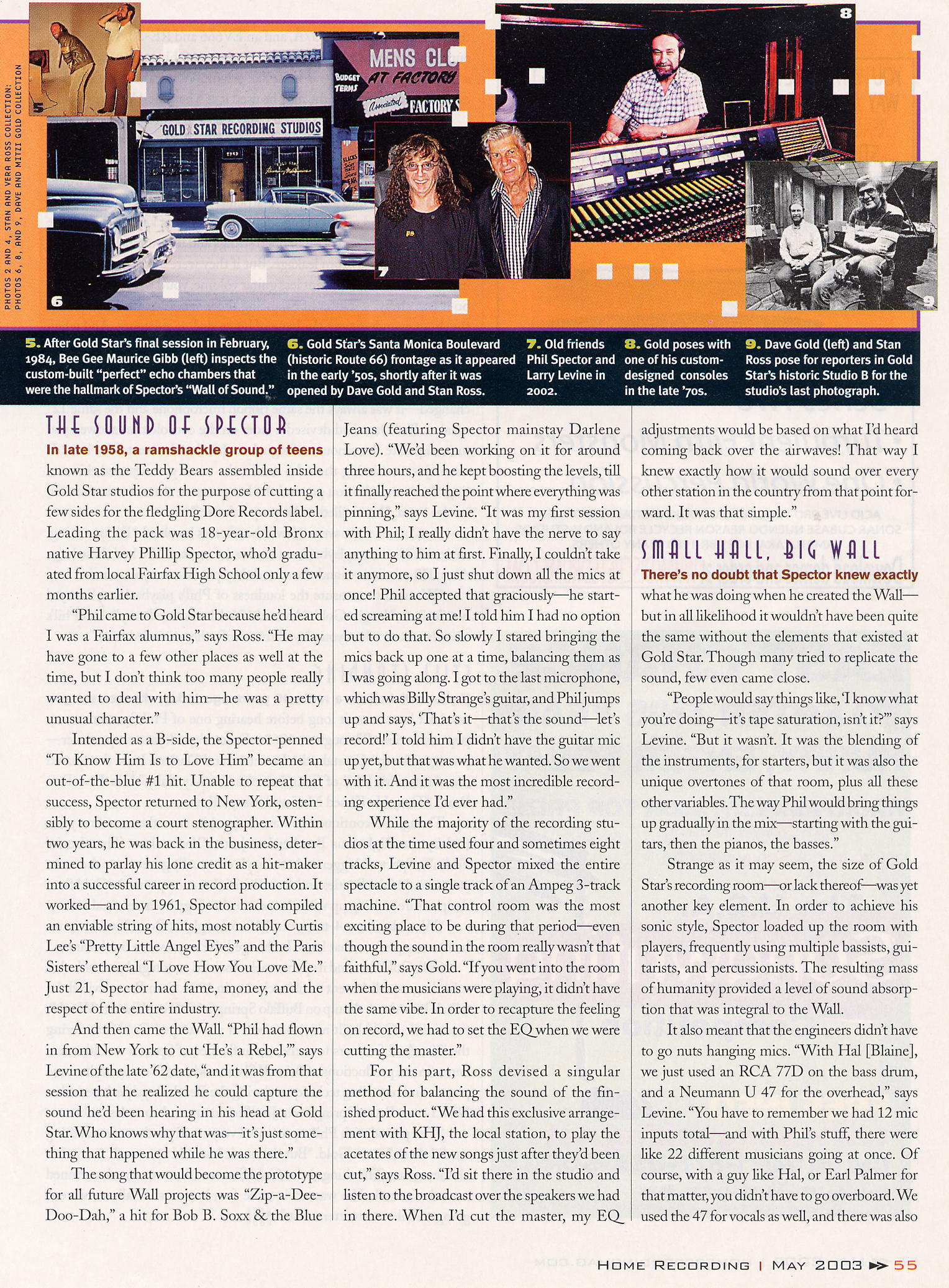 Hal Blaine—the world’s most recorded musician—was the drummer for most of Phil Spector’s groundbreaking “Wall of Sound” sessions at Gold Star Studios in the fifties and sixties. In this article, Blaine gives a first-person remembrance of the Wrecking Crew and their work with Spector. By Hal Blaine and David Goggin

This article appears in the March/April edition of ARTISTPRO magazine. See it on line.

inDUCTED INTO THE ROCK AND ROLL HALL OF FAME

The vocal duo of Bill Medley and Bobby Hatfield embodied the term “blue-eyed soul.” As the Righteous Brothers, they cut a string of hits that fared equally well on the pop and rhythm & blues charts. These included “Unchained Melody,” and their masterpiece, “You’ve Lost That Lovin’ Feelin’.” During the mid-1960s, the Righteous Brothers were a fixture on Top 40 radio and the televised rock and roll variety show Shindig! Medley’s commanding baritone and Hatfield’s forceful tenor were among the most indelible voices of that era.

Producer Phil Spector signed the duo to his Philles label and recorded them at Gold Star. They were magnificently produced and sung singles.  “You’ve Lost That Lovin’ Feelin’,” cowritten by Spector, Barry Mann and Cynthia Weil. “You’ve Lost That Lovin’ Feelin’” entered the Top 40 the day after Christmas 1964 and hit Number One two months later. The Righteous Brothers followed “Lovin’ Feelin’” with a string of grandly orchestrated, Spector-produced ballads: “Just Once in My Life,” “Hung on You,” “Unchained Melody” and “Ebb Tide,”

This movie is in production right now. It's about how in September of 1973, Phil Kaufmann stole ex-Byrd & ex-Burrito Brother Gram Parsons' corpse and then blew it up out in Joshua Tree in a liquor-fueled homemade cremation ceremony that went awry. (and the flaming corpse was discovered by a troop of Boy Scouts - I bet they're still in therapy!)

Gram's first band The International Submarine Band is generally regarded as the father of the whole LA Country Rock scene of the late 1960s (they became the original Burrito Brothers after Gram joined The Byrds in '68, then he came back and got in the band.)

The International Submarine Band - the first L.A. Country Rock band - cut their very first demos at Gold Star with Lee Hazelwood at the helm in 1967. Another Gold Star First.

I think the title is actually "Gram Theft Parsons"...after they busted Phil Kaufmann, they found out there was no law against stealing or setting fire to a corpse in California. They could only arrest them for stealing the casket. So one of the cops filling out the arrest forms joked that they were being arrested for "Gram Theft Parsons")

IN MEMORY OF THE LATE BEE GEE, MAURICE GIBB

About the time that Gold Star Recording Studios first opened it’s doors in Hollywood California, across the globe in England twins were being born to the Gibb family. Thirty three years later, one of the twins, Maurice would be recording at Gold Star. Ironically this would be the last session to be recorded there and the console was turned off forever. And so on January 12th of 2003 a warm, talented man has too soon come to the end of his life.

On the day of this last session at Gold Star I remember talking with Maurice. He told me about he and his brothers lying in their beds in England, listening to some of Phil Spector’s recordings and wondering how he got that sound. He also tried to imagine what the echo chambers might look like. He asked if he might see them. The chambers were kept under lock and key and you would have to remove several two foot square doors in order to gain entrance. However since this was our last day we just couldn’t turn him down. Bruce Gold unlocked the doors and removed them one by one and one at a time, We each crawled into the chamber. Maurice was the first and last outsider to enter these chambers

Maurice may be gone, but I will never forget the smile on his face when we agreed to let him see our chambers. To his family, his wife and children we send our deepest sympathy. 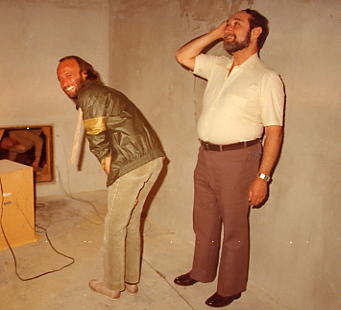 In the echo chamber (one of a series of photos)

Remembering the Artist
by Stan Ross

During Gold Star’s final years, we were always honored and flattered to have artists of Maurice’s stature who brought to Gold Star both their artistry and an appreciation of Gold Star’s legacy; artists who found inspiration working in the same studio that produced the classic statements of their idols and peers such as Phil Spector, Brian Wilson and the hundreds of artists who called Gold Star ‘home’.
Maurice’s contributions over the past four decades brought and continue to bring joy to millions around the globe. As saddened as we are by the news of his passing, we are also honored that he considered Gold Star’s legacy a part of that contribution. He will be missed.

the 15th annual  get together of "The Vine Street Irregulars", a group of musicians, vocalists, recording engineers, producers, song writers and arrangers each year  honor some one in the music industry. This year the honorees were the song writing team of  Jay Livingston & Ray Evans. This prolific team wrote such memorable, hit songs as "To Each His Own", "Tammy", "Golden Earrings", "G'bye Now", "Buttons And Bows", "Mona Lisa", "Que Sera Sera", "Silver Bells" and many more. You may remember the theme for the TV comedy "Mr. Ed", They not only wrote it , but the voice is none other than Jay's.        DSG 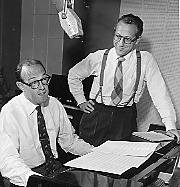