Welcome to Our Home Page

DO YOU HAVE GOLD STAR MEMORIES?

Did you record at Gold Star Recording studios? Did you stop by and witness a session?

Then we want to hear from you!

For more information on this subject go to the History page. 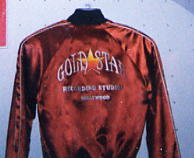 The new jacket is available in black only. The outer shell is a nylon/polyester soft blend sanded microfiber. The lining is nylon, adjustable snap cuffs and inside zippered pocket. The heavy custom embroidery will be as on the original pictured  above. They certainly were worth waiting for.

Your personalized name will be on the upper left front. At present sizes M, L, XL are available, however XXL and Small can be ordered, but will take up to 30 extra days for delivery. 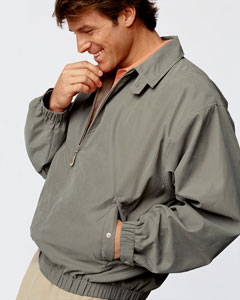 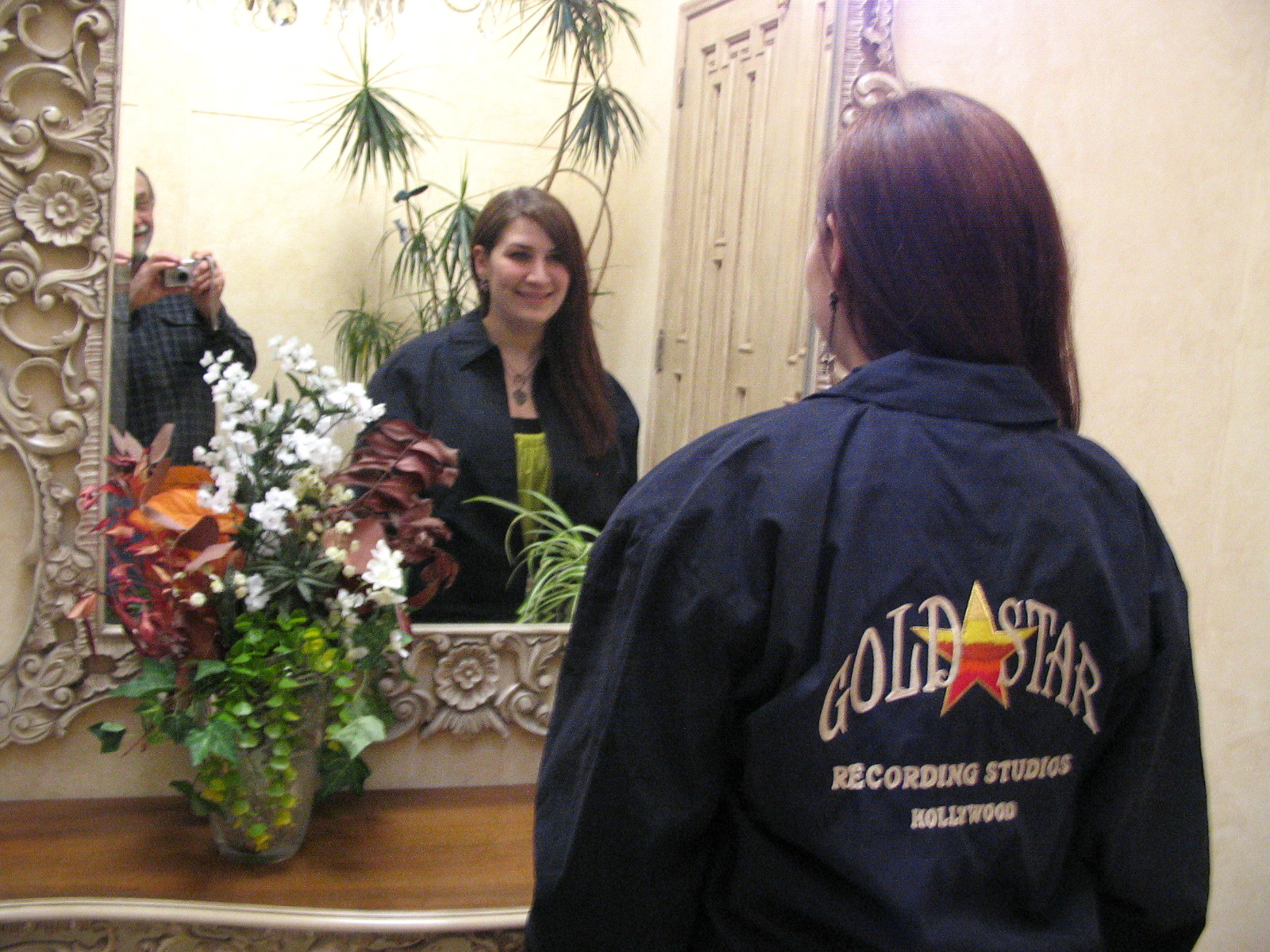 HOME PAGE and The rest of our Site is  under construction, ToEmail us just click on the Gold Star Jacket


The Building Blocks in the Wall of Sound
HOME RECORDING MAGAZINE

The late Larry Levine of L.A.’s famed Gold Star Recording Studios, For An in depth interview.

It was just another day of greatness at Gold Star Recording Studios on Santa Monica  Boulevard in Hollywood.

"Kid, you’re going out there a nobody, but you’re coming back a star," is the classic show business cliché, and for 33 1/3 years, Hollywood’s Gold Star Recording Studios founded by David S. Gold and Stan Ross breathed life into that phrase for hundreds of major artists.
Between 1950 and 1984, Ritchie Valens, Eddie Cochran, Phil Spector, Brian Wilson, Sonny & Cher, Buffalo Springfield, Duane Eddy, Jimi Hendrix, Neil Young, The Ronettes, Dick Dale, The  Righteous Brothers, Iron Butterfly, Herb Alpert & The Tijuana Brass,
The Runaways’ Joan Jett and Cheri  Currie, Meat Loaf, The Champs, The Baha Marimba Band...even Alvin & The Chipmunks among dozens of others, all had their first introduction to the art of recording at the trailblazing studio that changed the course of modern music.
Located in the heart of Hollywood, Gold Star Studios’ efforts encompassed the entire entertainment industry and threw open the doors of unbridled creativity to music, film, television, radio and Broadway artists and impresarios such as Frank Loesser, Johnny Mercer, Sammy Fain, Dimitri Tiomkin; legendary West Coast Jazz artists such as Gerry Mulligan, Chet Baker, Oscar Moore, The Hi-Los and the classic swing  bands such as Louis Bellson’s.
As the recording ‘home’ of ABC-TV’s first prime-time Rock & Roll Show ‘Shindig’; Gold Star Studios hosted virtually every major pop artist of the 1960s.
And for established artists like Bobby Darin, The Who, The Monkees, The Band, The Go  Go’s, The Ramones, The Association, Art Garfunkel, Leonard Cohen, Bob Dylan, John Lennon, Tommy Boyce and others;  Gold Star Studios provided safe creative harbor, an opportunity to revitalize flagging careers, explore new  sonic territories free of ‘bean-counter’ constraints or to pay homage to Gold Star’s rich heritage still  reverberating in the walls of Gold Star’s ‘perfect’ echo chambers - the walls in "The Wall of Sound".
And most importantly: Gold Star between 1950 and 1984 generated more National Endowment of the Arts (NEA) and Recording Industry Association of America (RIAA) "Songs of the Century" and Grammy Hall of Fame winners than any other independent studio in America.
Combining David S. Gold’s custom-designed and hand-crafted technology with Stan Ross’ relentless creativity and groundbreaking approach to recording as an art form, Gold Star Studios pioneered or gave the first popular exposure to recording techniques and effects that define modern music: from the first platinum album to such now - commonplace audio effects and techniques as phasing, flanging, automatic double-tracking and others.
Before they were two of modern music’s most esteemed geniuses, Dave Gold and Stan Ross were two plucky, street-smart kids who overcome almost insurmountable odds to build their dream studio - gleefully hoodwinking Hollywood’s tight-knit songwriting community in the process.
Unencumbered by major record label restrictions, Gold Star’s freewheeling "recording-is-art’ approach ultimately changed the course of modern music and modern recording studio design while wrestling America’s recording capital crown from New York, Nashville and Memphis.
Featured in hundreds of books, hit films, documentaries, accredited college courses and magazine articles; Gold Star Studios pioneered the single most important innovation in 20th Century music: what Sir George Martin called "the recording - studio - as - instrument" concept.

In the 1950s, recording equipment and console technology was primarily designed for radio or television uses and available through professional audio contractors. Today, entry level, semi-pro and professional recording technology and software is as far away as your nearest music store and is as essential a tool for songwriters, composers and musicians as pens and paper.
Today, entry-level musical instrument, amplification and effects technologies routinely incorporate the sounds and effects that shocked listeners and revolutionized the entertainment industry decades ago when they first appeared on Gold Star recordings.
Today, recordings from "Summertime Blues" though "Pet Sounds" through "End of the Century" still resonate today with listeners of all ages because two brilliant, upstart Los Angeles kids in 1950 envisioned the future of music - and made it happen at Gold Star Studios.
Welcome to the website that celebrates the epicenter of modern music: Hollywood’s Gold Star Recording Studios - where hundreds of hungry young artists and esteemed ‘elder statesmen’ all captured their Days of Greatness!

And some other fun Gold Star facts:

* David Gold created the effect and in some respects the idea that culminated in the creation of "Alvin & The Chipmunks", which is why the ‘father’ was named ‘David’;

* As a teenager, Stan Ross studied recording from a pioneer of  modern disc recording  - Bert B. Gottschalk;

* Unlike virtually every other studio in the western world, David personally designed and hand-crafted the technology on which the classic Gold Star and ‘Wall of Sound’ recordings were recorded;

* Stan innovated a custom filtering effect that allowed Rosemary Clooney to ‘duet’ with her recently deceased sister during the filming of her 1980s biopic;

* The ‘Wall of Sound’ was the sound of walls and David’s pioneering flexible recording console designs. Gold not only designed the chamber, but personally hand-crafted the acoustical wall coating. The legendary Gold Star ‘perfect’ echo chamber was the result of years of painstaking experimentation and actually survived the March, 1984 fire that destroyed Hollywood’s most famous and influential recording studio;

* Although recorded at a rival studio, Stan Ross was called upon to salvage what later became one of the most important songs of the 1960s - "For What It’s Worth" by Buffalo Springfield - when the band was unable to come up with a satisfactory performance . Stan fashioned a ’drum’ from a guitar wrapped in paper supplemented by a kick drum played by hand. It  worked. Stan approved the final mix and, after two failed singles, Buffalo Springfield finally had a career;

* David’s innovative studio designs were later appropriated by other studios - including Herb Alpert’s A&M studio B. Gold Star was one of the very first ‘compact’ studios that followed the logic of efficient sound reproduction rather than the conventional cavernous record company studios designed to accommodate big bands and orchestras;

* David personally recorded Ronald Reagan’s promos with the stars of each weeks show for four seasons of the historic ‘General Electric’ TV broadcasts at his ranch, Universal or his home. GE Theater and his speaking engagements were a training ground that led to Reagan’s first successful run  for California governor and then President;

* Stan once produced a hit record by utilizing the controls to ‘follow’ a bandleader who was teaching a melody to the various assembled musicians prior to the actual session.

* When The Champs were unable to complete the B-side to a recording, Stan improvised a new arrangement on the spot and gave them their one and only hit: “Tequila”.